Episode 132: There's Something Whiffy About Skiffy 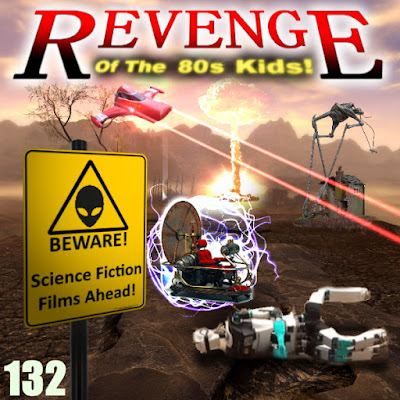 We're unsure which of the multiple dismal Netflix Original SF movies pushed this button, but their roster of misfires definitely made the penny drop. The outburst goes something along the lines of: "Oh come on! What are they even doing, this isn't proper Science Fiction like The Matrix, or 2001, what are they trying to achieve?". Then, of course, you think: "Mind you, 2001 is a bit... slow. But The Matrix? Ah, there's the stuff. Good old Matrix. Sequels drifted a bit of course, but, still, The Matrix. And Predestination. That's a good one, although time travel... isn't that technically more a sort of philosophical fantasy?"

That's where it starts to unravel, Pi? Mathematical fantasy. Cube? Kafka-esque social commentary. Primer? More time-travel whimsy. What movie is *really* pure science fiction. Of course, in both The Matrix and 2001 we have AI and we don't really know how that would work, but we have more of an idea than time-travel. How does paradox work? No one knows, and no-one in our lifetime is ever likely to know.

Eventually, you have to entertain the possibility that SF and film will never have the same happy relationship as, say, spy thrillers and film, or romance and film, or high fantasy and film, or, of course, superheroes and film. The fact is Science Fiction is like an ingredient to a story in some other genre rather than a happy genre by itself. Core SF texts don't really care about character as much as they do ideas, and film needs characters in order to live and breathe.

If you can have a spoiler for a discussion then watch out, because we come up with precisely zero answers for this proposition but we do give it a bit of a kicking. Whether we come back to the topic is down to whether anyone cares to opine whether we're "Wrong on the Internet" about this one. Time will tell, but SF is never going to be happy at the movies. Change our minds.

This episode uses excerpts of User Friendly by Lee Rosevere