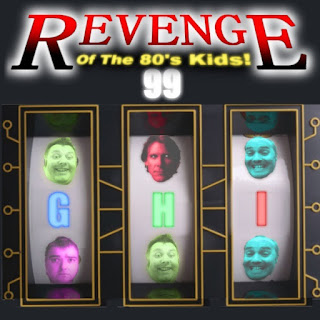 This week the 80s Kids are continuing their alphabet themed ascent through the films they enjoy, or feel someone else should be enjoying. Today we're having merriment with Movies starting with the letters G, H and I.

Ian's G Film sees him get quite animated in places as he goes off for adventure in distant exotic parts Justin's G Film has him in a very bad mood so best not annoy him. Leo's G Film is about an exciting pastime for all the family aged 8 and above ... but then someone got too competitive, an argument broke out about the rules and someone flipped the table and walk off.

Leo's H film is about one hell of a cop. Justin's H film a laughable Hitchcockian thriller. Ian's H film sees everyone stuck indoors for a maths lesson. Ian's I Film is a sobering tale of an ordinary family trying their best to accommodate their new neighbors.

Justin's I Film is a road trip in which life lessons are dispensed by celebrity cameos. Meanwhile Leo's I film has us all looking within for the small hero inside us all. Incidental Music by Incompetech.com