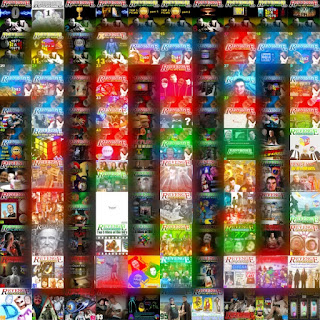 Over the many months our humble podcast has operated we have on occasion numbered most (but not all) of our podcasts. The amount of those shows with numbers has now counted unto a definitive positive 100 and with our second anniversary just a mere two pods away it was decided to leap upon this arbitrary base ten number moment of double zero numerical figure happenstance to declare it a combined 100th and Anniversary occasion, what with our one year anniversary falling on episode 50 and all.

So having gotten our motives out the way let me lay out the fun fact we had a jolly good time celebrating the event on Saturday the 4th of April with a live Google hang out. As a matter of archiving that event is now here as an audio only podcast.

Within this tight package you'll see... or rather hear... Leo, Ian and Justin congratulate each other on things podcast related before answering some listener submitted questions, reflecting on the state of the show...

Normally at these mile stones program makers normally speculate that with X number of things gone there's no reason their won't be X number in the future. Sadly we cannot make this boast. And the future of the Revenge of the 80s Kids and what lies beyond it is greatly discussed. Also... clips. So that's nice. Incidental Music by that most enigmatic but oblivious contributor... the vastly talented incompetech.com

Email ThisBlogThis!Share to TwitterShare to FacebookShare to Pinterest
Labels: 100th, back slapping, beardy, Cinema, don't get your hopes up, Movies, navel gazing