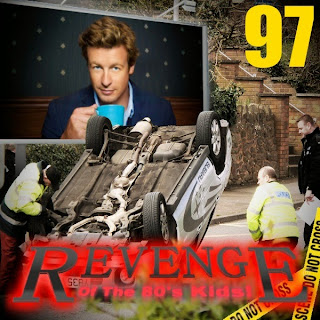 Procedural drama. You know the stuff. You have your cast of regulars who act as problem solvers and each week they get to do their job, working their way through whatever crisis is going on in a neat format be that Murders, Undead Horrors or Aliens come to Earth to stir up trouble.

Of course we've got over an hour to kill talking on this topic on our episode so this necessitates a degree of formula. After our attention grabbing opening skit we sink our teeth into 'Angel' as this series more than any other seemed to umbrella over so much of what we wanted to discuss. This quickly leads into a more worldly chat about the frantic '24' and then onto the crime shows of 'CSI', 'Lie to Me', The Mentalist', 'Criminal Minds' and that UK attempt at '24' style show ... 'Spooks'. If we were a procedural show all this would fall before our first ad break so you can safely assume it will be a dead end as we move on to new lines of inquiry after a word from our sponsor.

We then head into the thrilling middle section as the problem only seems to deepen. Taking our conversation to the amazing but gritty 'The Shield', the undying 'Supernatural', the much beloved 'True Blood', the quirky 'Eureka' and charming 'Warehouse 13'. But all this is mere run around that only leaves us with an ever deepening mystery.

Finally, getting desperate, Leo lets Ian off his leash and lets him talk on the shaggy Doctor Who spin off 'Torchwood', and while he's waffling away to himself something he says makes a connection in Leo's mind and suddenly in a dramatic final scene all is explained and the topic put to bed in time for the closing titles.

And next week will be very much the same I expect. But I think people find such things reassuring.