Episode 48: Raiders Of The Lost Fridge 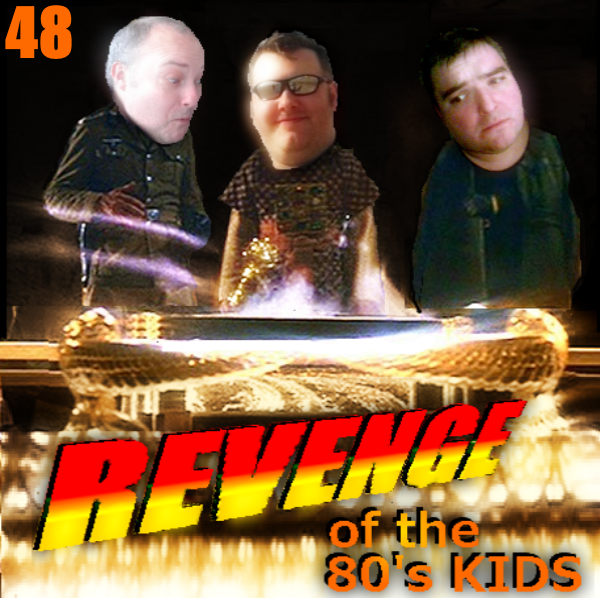 With Justin freshly rescued from his Tomb the 80s Kids reckon this is fine time time to discuss that most prolific of grave robbers and his exploits on the silver screen. That's right, Indiana Jones! So shake the dust off your hat, throw on your brown leather jackets and act like you really do know how to use a bull whip.

This week is like an out of control Mine cart and it stops for no one. 'Raiders' might belong in a museum but that doesn't stop Justin and Ian stealing it and gushing over it with nostalgia saturated love. Then Leo breaks up the party by informing them he doesn't quite "get it" causing many heads to explode.

The powers of Spielberg and Ford are mused on as well as 'Raiders' rolling boulder-like impact on the films and culture that came afterwards. Then comes 'Temple of Doom' and its many traps made from political correctness gone mad. While Ian might have found it a bit grim its eat your heart out time for Justin.

Then it's off to rescue Dad in 'Last Crusade' where deep and meaningful questions are asked like... should Nazis be funny? You know, with the holocaust and everything. Whatever you might think we all agree it was a fine end to the series.

Once again Lucas proves there is no part of your childhood you can possess, that he cannot take away. "Labeouf, I hate that guy."