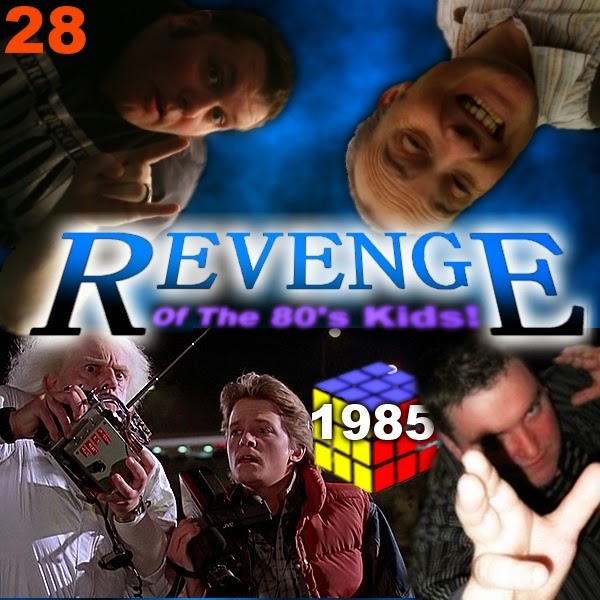 The 80s kids finally arrive in the year 1985! However after only a brief look at the massive list of films to cover they give up on the project almost immediately. Instead they gather up only 10 of the most memorable starting with probably 85's most identifiable screen offering, “Back to the Future”. Digestion begins.

Spielberg's long shadow is felt throughout, from the Goonies to Young Sherlock Holmes and Weird Science. It's the age of the young person having an amazing adventure, with thrills and laughs along the way. Unless your name happens to be Dorothy Gale, in which case things are looking very grim indeed.

Leo continues to follow Schwarzenegger's offerings with delight and glee while Ian recoils in nausea and exasperation at Roger Moore's now rather flaccid 007. Justin cheers him up with diversions in 85's more artistic film offerings with the visually stunning Brazil and Legend.

As usual Leo unleashes the Zombies to the indifference of some. On the subject of rising unexpectedly from the dead … Paul McGann returns to our screens as the Titular Time Lord for the first time in 17 years! As before his Dr Who vehicle crashes and burns, this time with startlingly different results. The 80s Kids muse on the implications in a nice chat at the end.